Nufarm, one of Australia’s leading Agribusinesses, decided to rationalise its Australian manufacturing operations in April 2014. As a part of this decision, the company decided to relocate its Queensland operation based at Lytton, to its main manufacturing location at Laverton, Victoria. icubed had previously assisted Nufarm in the development of its Lytton Chemical Manufacturing site (2,700 m2 dangerous goods warehouse in 2005, Controlled Release Chemical Manufacturing Plant in 2008, and amenities and office upgrades in 2007).

Nufarm contacted icubed to assist in the relocation given our intimate knowledge of the site and experience in civil, structural, planning, risk and environmental matters. icubed also undertook project managing the staged shutdown, clean up, remediation and assisting with disposal of the site while assisting with project planning and preparations for closure and relocation of assets. This included working with the sales and operations planning team at Nufarm to stage the shutdown of various plant areas, while ensuing that vital product inventories with long lead time products could still manufactured. This was a particular challenge as the site continued to operate as a major hazard facility until the final weeks.

In its final year of operation the site was producing at >200% of its previous maximum production rates. Various asset disposal options were available for Nufarm, and icubed assisted with preparing and refining various land disposal options to provide maximum financial benefit to Nufarm with minimal capital outlays.

Our planning team assisted in providing analysis and advice with regard to future land development, evaluating various options available and ultimately assisting in the successful divestment of the property. icubed’s civil team provided advice and analysis to assist in strategic commercial decisions around the final condition of the site, and storm water management systems.

Our risk and environmental team were involved in developing a site history dossier that allowed for a targeted stage 2 contaminated land investigation (by others) that identified areas of the site with low levels of contamination. When Nufarm voluntarily elected to remediate contaminated soils, icubed assisted with supervision and advice overseeing that the process was appropriately managed. Soil was remediated on site (land farmed) to reduce hydrocarbon and pesticide levels to ensure the land could be safely used for future industrial use without any potential ongoing environmental impacts from almost 30 years of the site operations.
icubed’s role also included the coordination of validation testing, engagement of an approved contaminated land auditor, and lodgement of the relevant contaminated land documentation with the Department of Environment and Heritage Protection. We also assisted in preparation of the necessary documentation to facilitate hand over of the Environmental Approvals.

In addition to the above, icubed worked with Nufarm to develop a deconstruction safety management plan. This ensured the staged decommissioning and relocation of the works, which involved bringing workers onto the site who were unfamiliar with the hazardous nature of the materials handled, could work safely. The site maintained its exceptional standards of recording no medical treatment or lost time or injuries during the project works.

While it is disappointing to see the loss of a manufacturing asset from Queensland, we are pleased to have been an integral part of both the construction of the site and its closure and relocation. 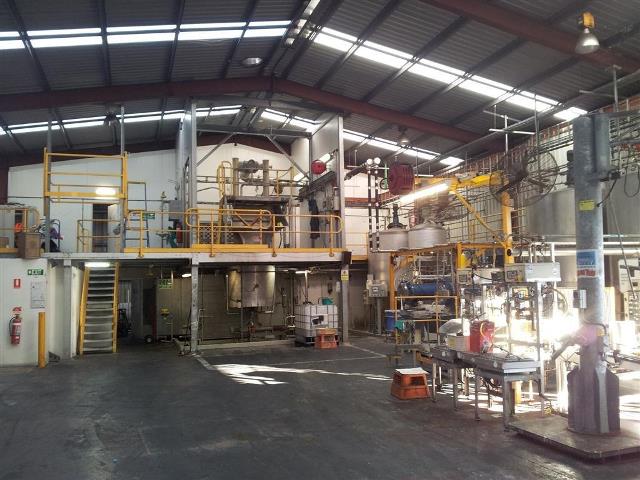